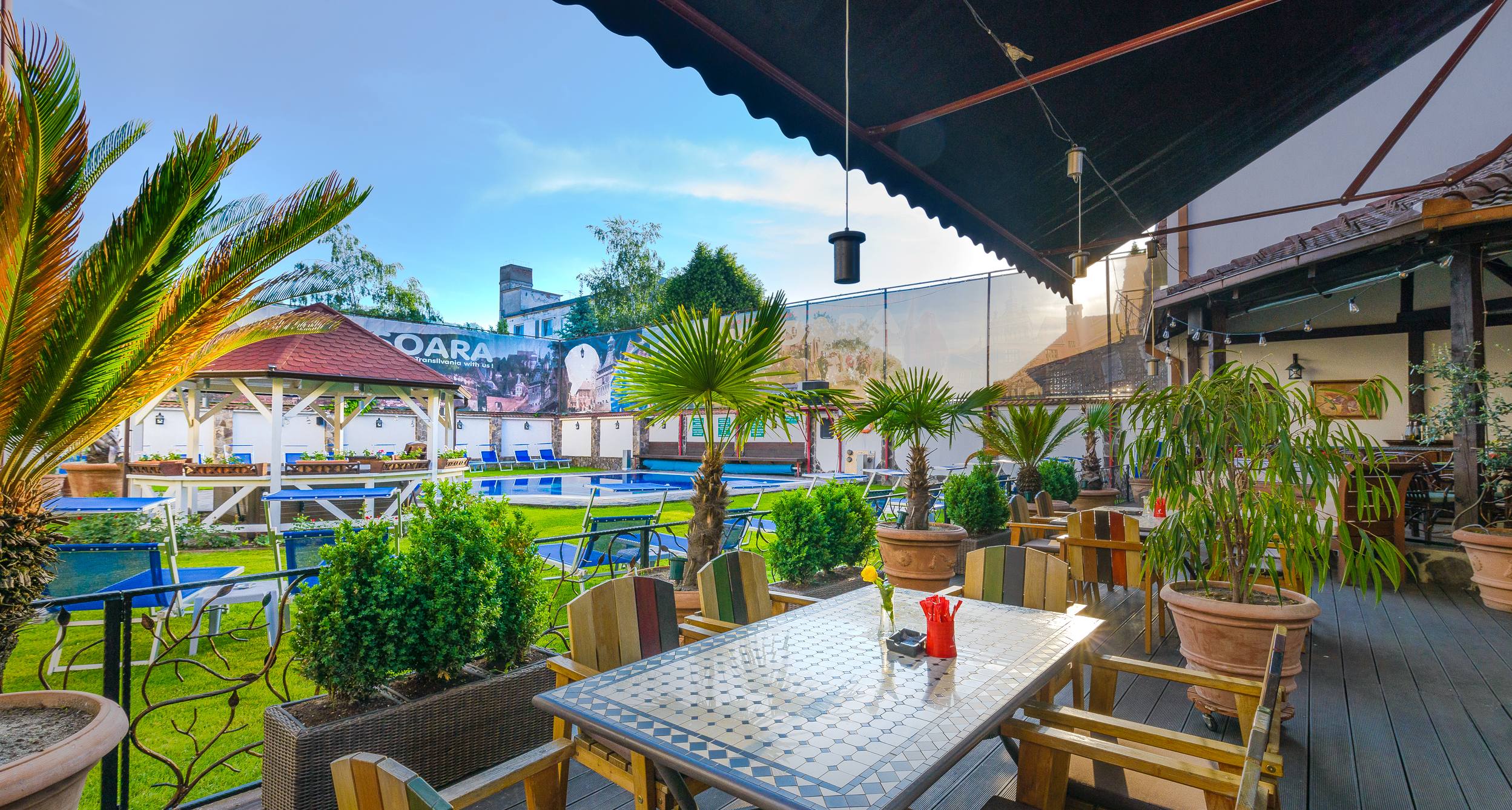 The outdoor swimming pool located in the hotel inner garden is the perfect place for your relaxation during the hot period of the year.

Within the pool area you can refresh yourself with a special cocktail or enjoy your favorite drink in a pleasant environment surrounded by exotic plants.

Hotel Korona provides massage services, fitness, dry sauna and solarium, facilities that can be performed throughout the entire year.

We would like to invite you to attend a Yoga Class,

in our wonderful and spacious location.

Yoga is an ancient art based on a harmonization system for our body, mind and spirit.

Yoga classes are designed to achieve a state of relaxation, calm, but also to feel more energized and balanced.
The style practiced is Hatha Yoga, Hatha meaning "full of strength". Ha signifies the Sun, and Tha signifies the Moon, Hatha Yoga being a path to balance.
Throughout a yoga class you will experience meditation, relaxation, breathing techniques and asanas (postures) which, through a certain alignment of the body, are meant to open energy meridians so that energy flows freely through the body. 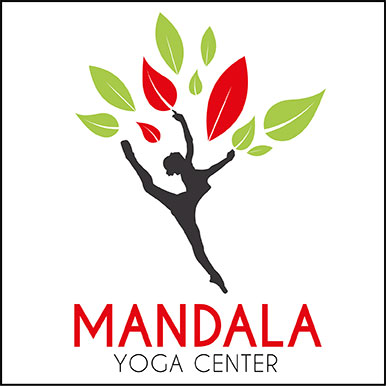 During the 90 minutes of the yoga session, you will have the opportunity to connect with yourself, with your breath, with your body and with the Present Moment.
Yoga classes are meant for all those who want to combine relaxation with movement and nourish their soul.
There is no need for previous training or fitness; there is no age limit. The classes are also suitable for beginners."  "Mandala Yoga Center"

The fortress of Sighisoara like other medieval fortresses of Transylvania had the privilege of criminal jurisdiction, and as a symbol of this privilege were the 4 turrets on the roof of the Clock Tower, which can be seen today. In the "criminal" trials (murder, adultery, disturbance of public peace, witchcraft, etc.) the city magistrate was the first court.

Until 1556 the Clock Tower was the seat of the local authority, and after this year it will adapt the court, the storage of weapons and ammunition, the guardhouse and the prison fortress.

In the lower part of the Clock Tower, at the ground level the tower was crossed by two parallel gangs, vaulted in the semicylinder (like the Tailor's Tower of today), provided at both ends with massive oak doors with iron bars.

On April 30, 1676, a terrible fire broke out, destroying many buildings in the Fortress, including the Clock Tower. It will be restored in 1677 by the architects Veit Gruber from Tyrol and Philip Bonge from Salzburg and by the painter Valentin. It seems that after the great fire on the occasion of the restoration works the portions of the southern gang were built, inside it a prison was set up, the interior of which can be seen even today (Torture Chamber). Access is made in this room through a small door 140x 60 cm. Towards the window, on the left side of the niche was recently discovered, an inscription with Gothic characters having the following text: "Morgen werde ich ...", "Tomorrow I will ...". The ceiling of the room and the upper part of the walls is possible to keep still the traces of the fire of 1676 or they are blackened by the smoke of the cakes with which the room was illuminated.

In the Market Square (Burgplatz) there is in the Middle Ages the "pillar of infamy", a stone column with two iron rings. It is also here, as in other German cities, the "stallum" tribune, on which the capital processes were judged publicly, in the midst of the crowd gathered around it.

For an unforgettable holiday, Hotel Korona can organize a tour of the unforgettable Medieval Fortress, along with an experienced guide who will describe each tourist objective of the city.

Through the Danube Delta and the Black Sea....

"If you want to get away from the agglomeration of the big cities or just want to get out of your daily routine, we offer you several Boat routes in the Danube Delta and on the Black Sea.".

Thus you can relax on a trip on the lakes and canals of the Danube Delta or on the Black Sea having an unforgettable trip.

The owner of the boat named 'Surya', prides himself on his experience as a guide both in the Danube Delta and on the Black Sea coast. In this way the trip will be filled with different stories and explanations about the places you will visit.You can choose one of the routes recommended by us or you can define your own route.

Offers are available only for Korona and Bulevard Hotel customers. 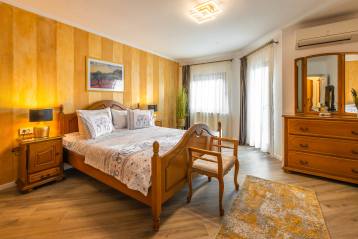 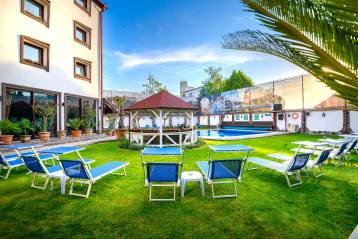 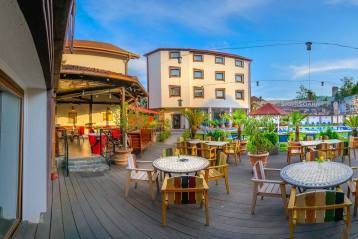 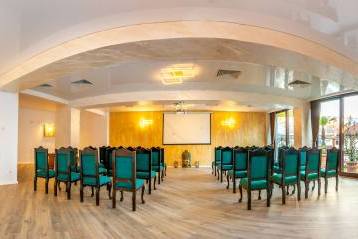 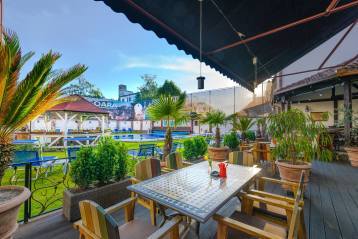 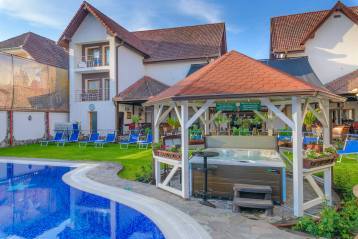 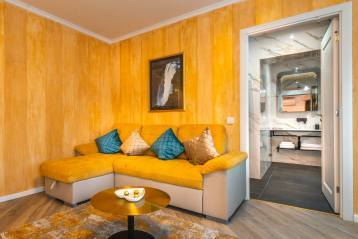 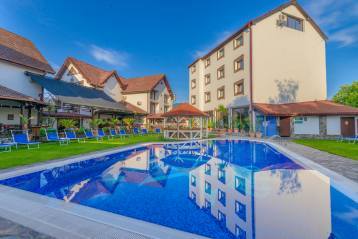 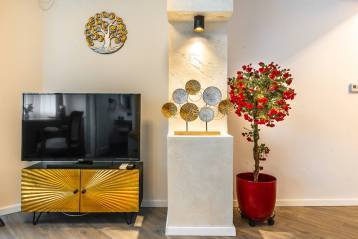